What’s the Deal with Quinoa 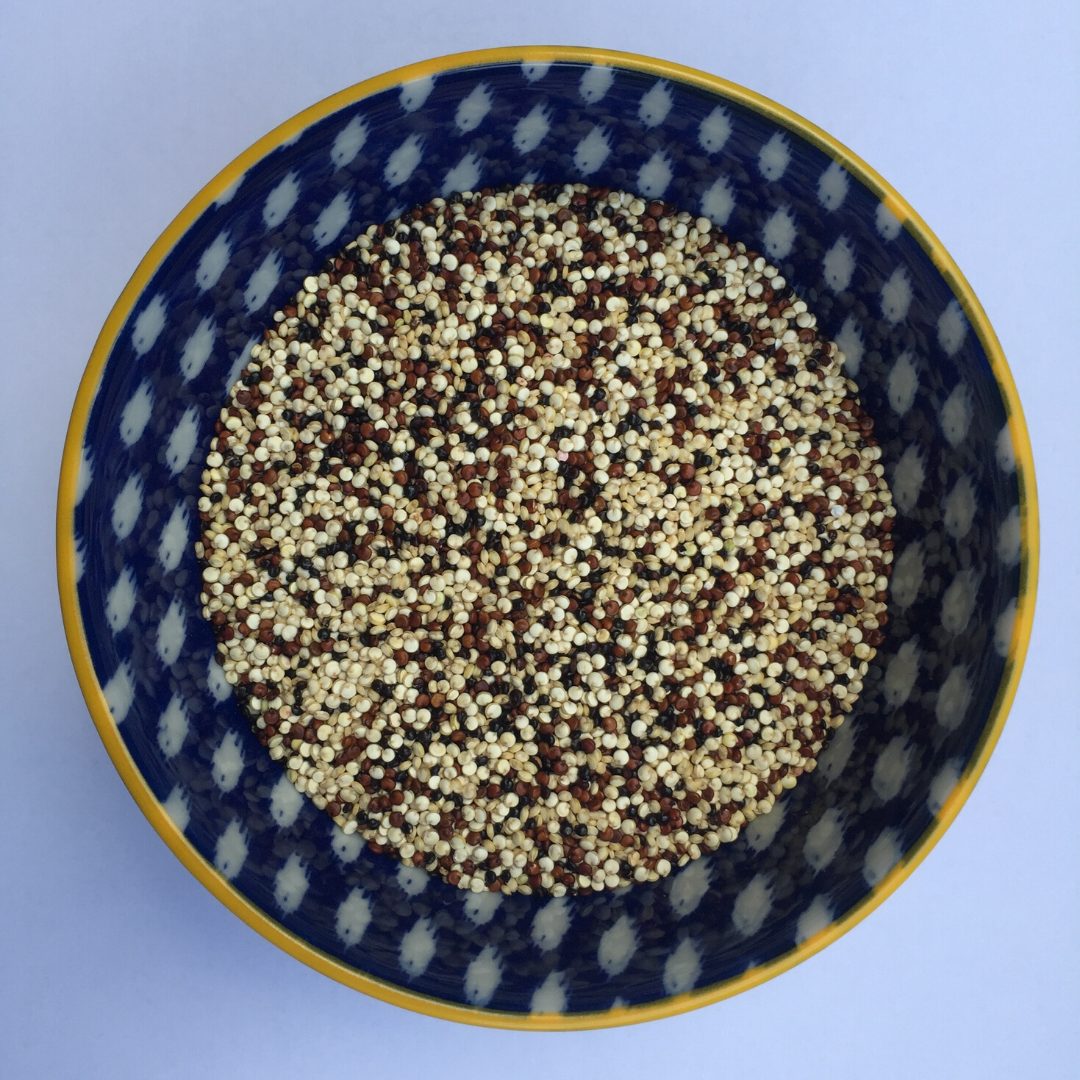 Raise your hand if Quinoa was not in your vocabulary, let alone in your pantry till a few years back. Raise your hand if this still feels like a mystery ingredient, even after you have eaten it multiple times in restaurants. Somehow, it tastes better or more exotic in a restaurant setting. Many of us did not grow up eating quinoa. It is an acquired taste, with some of us still struggling to acquire it, lol!

The Benefits of Quinoa

Quinoa was typically grown in the Andes region of South America, though now it is cultivated in many parts of the world, including Canada! This naturally gluten-free ingredient is high in protein. In fact it is the only source of complete plant protein, meaning that it has all nine amino acids. It is also a rich source of manganese and phosphorus – both of which are essential for bone health, among other things. I use the term seed-grain loosely, because quinoa is a seed that is eaten like a grain. The official term is pseudo-cereal.

So how do we use quinoa? Many people use it to replace rice. That is, if you were going to serve rice with a curry or gravy dish, use quinoa instead. But that’s doing a disservice to its versatility. There are so many creative ways to add its nutty flavour to our meals.

Roast it before cooking and use it as a base for salads. Skip the noodles and make a stir-fry with your favorite protein. It’s perfect for grain bowls and pairs surprisingly well with soy sauce. Add it to your breakfast bowl for an added protein boost. Ever tried it with dal? Now’s a good time to try. The gluten-free nature and the high protein content means that you won’t feel so lethargic after eating, like you would with rice.

Here is Puneeta’s easy Quinoa Pulao recipe to get you started.

What are some of your favorite quinoa recipes?