First, there was the walrus falling off the cliff. Then came the burning bushfires, and then we were told that microplastics have polluted the oceans and soil, even the food we eat. Tiny, invisible bits of plastic have been found in the fruits and veggies that we eat and feed our children every day.

Our lives and the choices we make have immeasurably, irreversibly impacted our health and the environment we live in. And climate change? That’s just nature’s way of fighting back.

We have spent decades increasing productivity and maximizing efficiency with not enough thought given to how finite our resources are. Burning bush fires, falling walruses, microplastics in our bellies and the unpredictable weather patterns – this is all evidence of the inevitable changes that are around the corner.

So what can we do when faced with what scientists tell us is the biggest crisis that humanity has ever faced. See resources on NourishbyNumbers.com

What can we do?

Thankfully, there’s a lot that we can do. And most of it doesn’t involve holding a placard at a demonstration or skipping school on Fridays.

In October 2018, the United Nations IPCC Report warned us of the dangers of climate change. You can read the report here but the gist was that we had 12 years to impact significant change to keep global warming in check. This report was written as a result of collaborative efforts from 100 scientists in 52 countries. It doesn’t get any more real than this.

Since then, a lot has happened. For one, scientists tell us that gradual changes are not enough. We need to TRANSFORM the way we consume and discard if we are to push back on the global-scale changes that are looming around the corner.

What also changed in the last year is that people get it. Whether it’s awareness raised by the protesting millions on the street or our disastrous newsfeed, whatever the reason, we are building momentum towards awareness and action.

Nourish by Numbers, I’m delighted to say, has also built momentum. This initiative is aligned with 6 of the 17 United Nations Sustainable Development Goals. Our little initiative is a part of a network of organizations around the world, all working towards a better future. You can read more about UN SDG’s and the #DecadeofAction here. You can also see the sustainability efforts on Maple and Marigold here.

There is another change that has taken place. People around the world are feeling anxious and fearful. There is even a name for it. Climate Anxiety.

Scientists agree that the changing climate is the biggest crisis humanity has ever faced. But what if the climate crisis were also our biggest opportunity? What if it were a chance to transform what is not working. What if, instead of maximizing efficiencies and increasing productivity, the climate crisis was an opportunity to build a system that is better for our collective wellbeing. 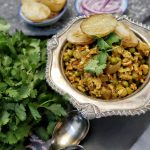 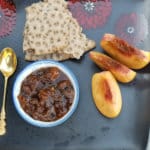 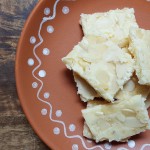