Over the years grocery shopping has become complicated, and it doesn’t have to be. The lists and planning, add to that the latest diet fads and the constant advice of “eat this, not that, and definitely not that,” and we can end up feeling overwhelmed right there in the produce aisle. Here are a few shopping tips that will help you the next time you visit the grocery store. 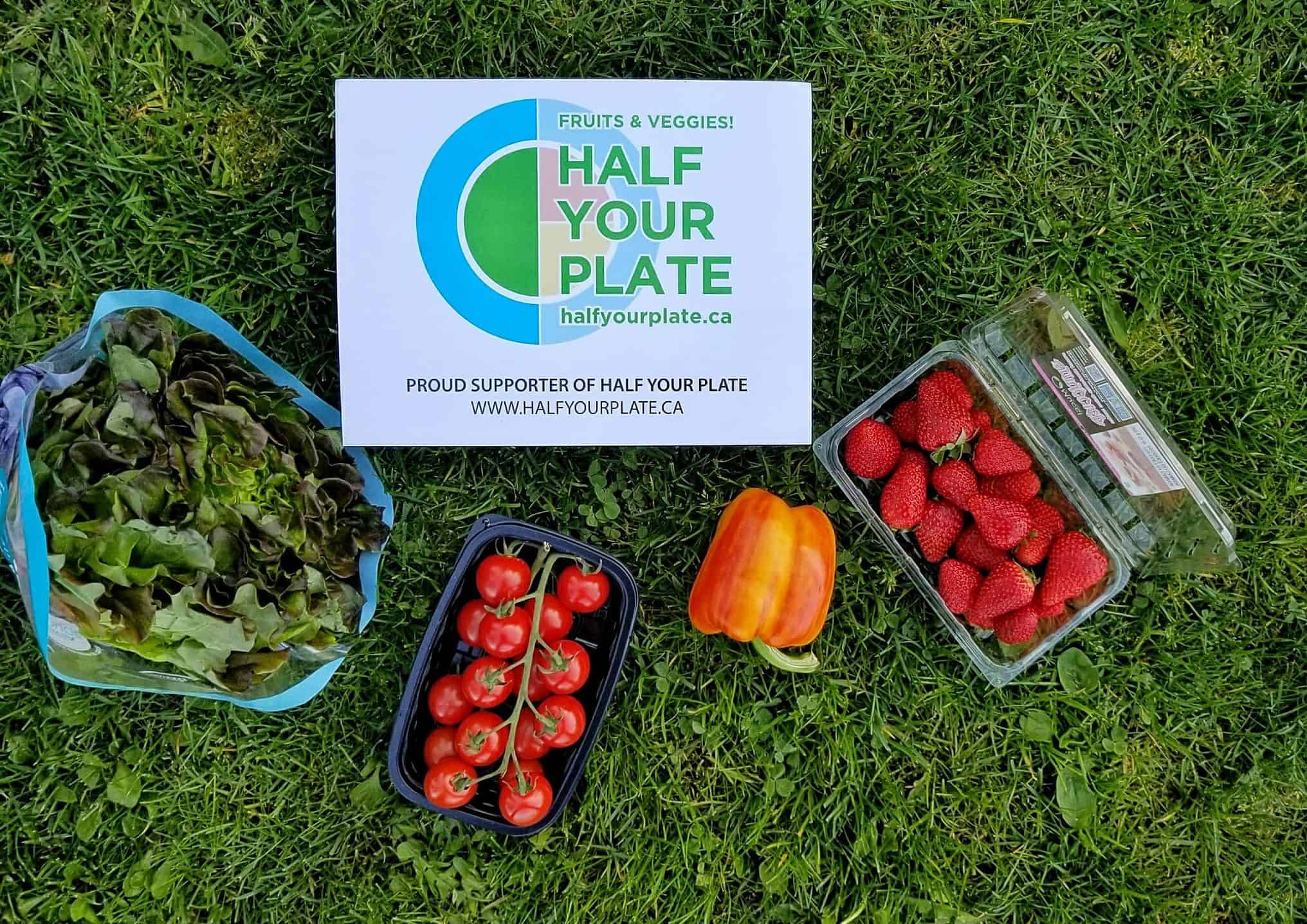 Disclaimer: This post has been written in partnership with Half Your Plate. The opinion and grocery shopping tips stated here are honest and all mine.

I grew up in India and moved to Canada along with my husband when we were in our late 20’s. Seasons, food habits and fruits and vegetables are very different between the two countries. From the tropics of India to temperate (who am I kidding it’s the POLAR zone) Canada it was a drastic shift. A trip to the grocery store in this new country was no easy task.

Recently I spent a few days in Vancouver at the Canadian Produce Marketing Association’s annual trade show and convention, the CPMA 2018. Fruit and vegetable growers and suppliers from around the world were brought together under one roof to share the best and brightest from the produce industry. This show isn’t open to the general public and I was honoured to be hosted by the people at Half Your Plate and have the opportunity to learn behind closed doors. This is especially exciting since a lot of the produce and the progress I saw is coming soon to a grocery shelf near you!

8 Grocery Shopping Tips I Learned At The CPMA 2018

1. Bagged fruits and vegetables are here to stay

I like shortcuts in the kitchen and will shell out extra $$ for the convenience of pre-cut packaged produce. I am concerned about the cleanliness though and so I was glad to see companies making strides in packaging foods with advancement in hygiene and packaging that has better air circulation to help food retain its freshness for longer. So when you see cucumbers in popup clamshells or strawberries and potatoes that proudly state “stays fresh, longer” you know it’s companies that are innovating to help us along in our time-constrained lives.

Look out for the ingredients on the package. Only produce should be listed – no additives and preservatives. 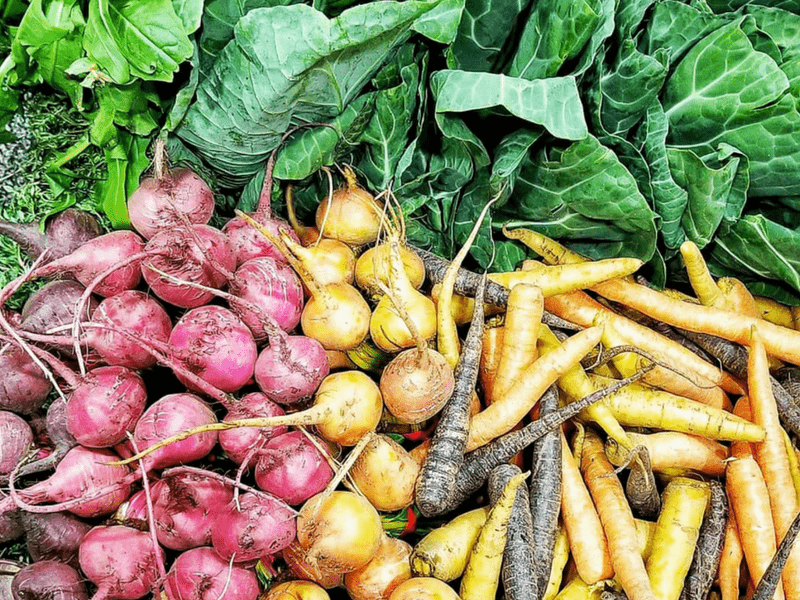 2. What is the connection between picky eaters and all-season produce?

You need the second to feed the first! I am a huge supporter of the local food movement and there is no better use of your dollars than to support the local farming community. But in a country like Canada where the growing season is brief and you still want to feed your family a healthy variety of fruits and vegetable, you look for options. 3 out of every 4 grocery dollars that Canadians spend goes towards imported food. I can understand that because there was a time when my older kid only ate peaches. For months. That’s when I knew that a Chilean peach or a US one or one from the Mediterranean are all the same as long as they are ending up in my child’s belly.

Look out for labels on produce. The label lists the country of origin. Some grocery stores support even more transparency and will state it right there on the price tag. 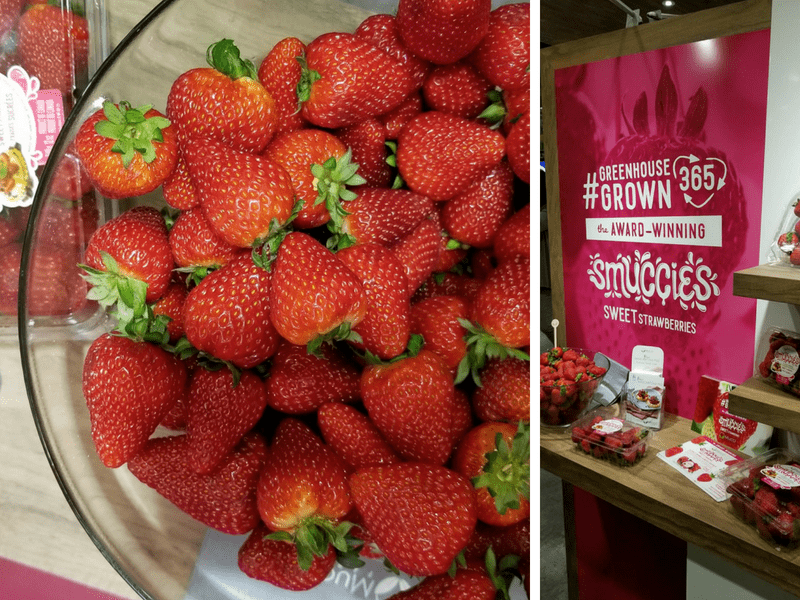 3. What does “greenhouse grown” mean?

There’s a growing movement towards crops grown in climate-controlled greenhouses. This is especially helpful in countries like Canada where the weather is unsuitable for farming for most of the year. Farmers and growers around the world are growing fruits and vegetables in regulated environments. Some also use biomass energy sources – an almost carbon-neutral, renewable energy source.

Look out for the labels on the package – if “greenhouse grown” it will say so on there.

Producers are innovating to create packaging for fruits and vegetable to recyclable, reusable, even plastic-free. At the CPMA I saw a few examples of companies who are making progress in packaging that is miles better for the planet than the OG of single-use wrappers and bags. These companies need consumer support so that they continue to invest in better technology. That’s where you and I come in, along with our wallets.

Look out for the fine print that tells you what kind of packaging it is. 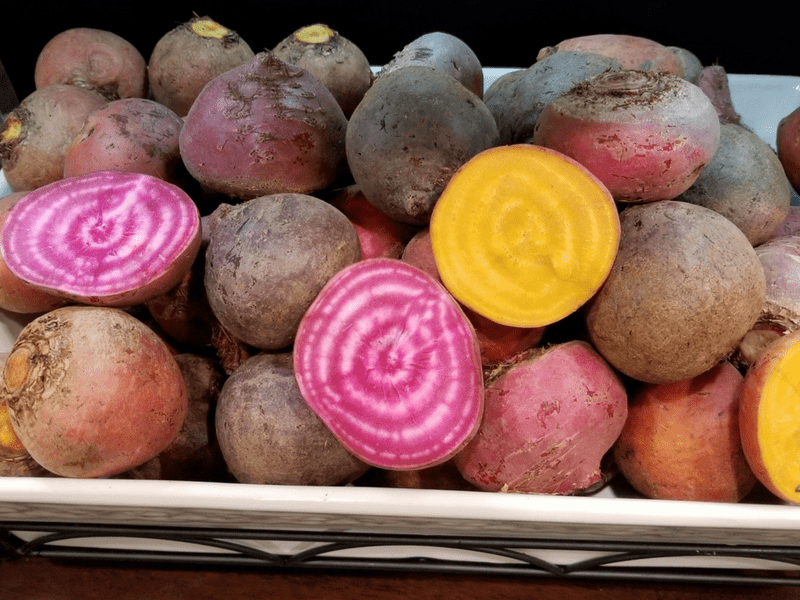 5. Give the unfamiliar the benefit of doubt.

I recently started a conversation on Facebook about trying unfamiliar food in the grocery store. As a new-ish immigrant to Canada, I remember feeling overwhelmed in those early months at the grocery store. There was so much that was new and strange. At the CPMA 2018, I tried a few new fruits like dragon fruit and watermelon radishes. Don’t wait as long as I did to try watermelon radish – they are delicious – you will love them and your kids will too.

6. Why do you see some vegetables in the store with the vine still on?

There’s research that says that produce that is plucked with the vine on continues to feed on the stem. Yup, there is a reason you see vine-ripened tomatoes on the grocery shelf and it’s not just to trick you into paying more for the produce by weight! 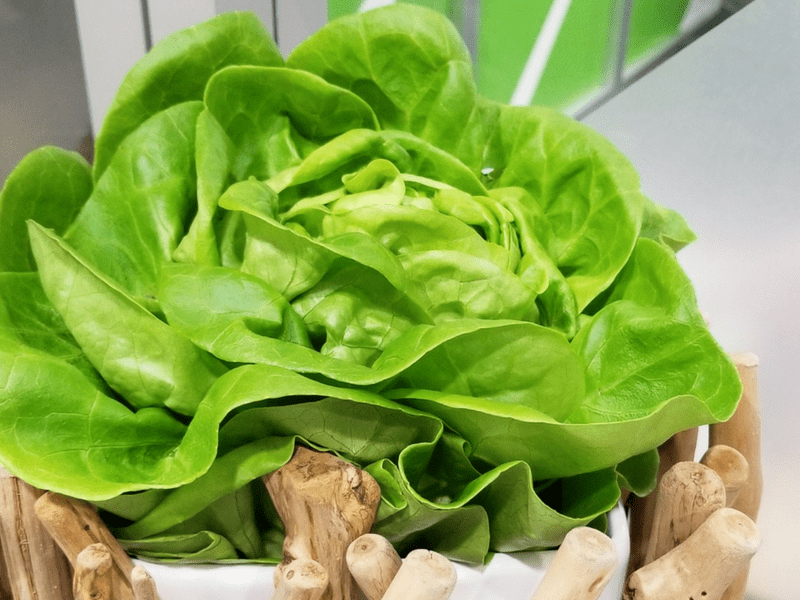 7. What about vegetables that are sold with the ROOT on?

Growing up in India I was familiar with tons and tons of greens but not lettuce. Here there is a lot of variety of colour, flavour and texture, but I often end up with a soggy, wilted mess in the fridge. Growers have found a solution – buy lettuce with the root on. Keep those roots damp in the fridge and cover the leaves and you’re good for a few more days. This works for herbs as well.

8. How many servings of vegetables is that? How about a simple formula

As parents, we struggle to make the right choices for ourselves and our kids. I just want my kids to eat enough fruits and veggies during the day. Sometimes that decision could be made by simply looking at their plate. That’s the premise behind the Half Your Plate programme started by the Canadian Produce Marketing Association. Eat your fruits and veggies. Eat enough of them to cover half your plate. And my two cents – don’t just eat them, enjoy them. 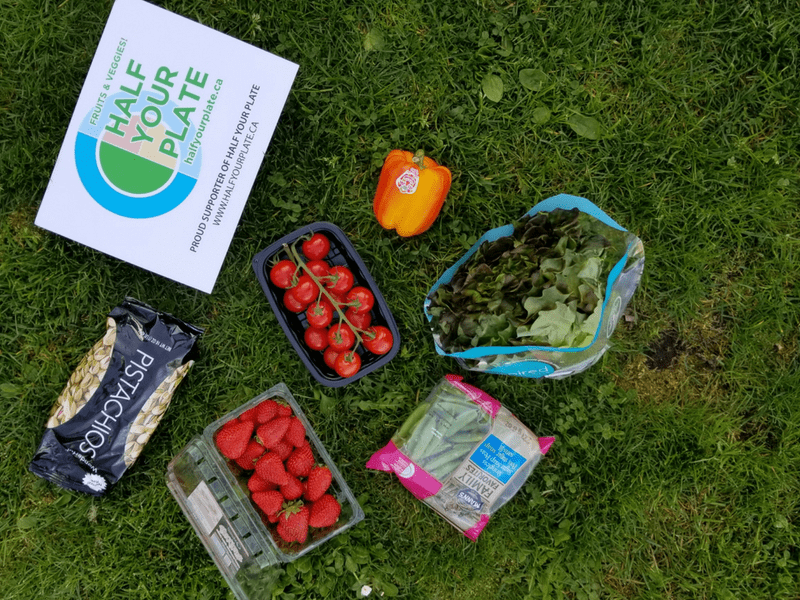 A visit to the grocery store has become complicated and unreasonably so. Food is supposed to be simple but when you step into a grocery store it can feel overwhelming often cause confusion. I’m glad to see produce growers and suppliers around the world making the effort to ease the buying, cutting and cooking with healthy produce. That’s what we all want in the end – the opportunity to use simple ingredients to make real food that tastes good and is good for us. And our families. 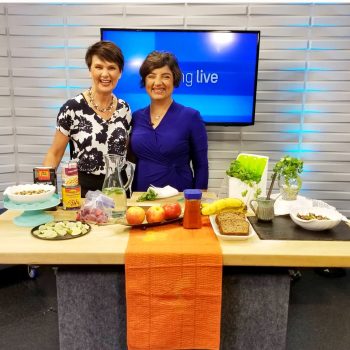