I love watching movies. Years ago in India during my University years, my roommate and I got together every Friday to watch movies. Friday ke Friday. First day, first show. Sometimes we would even watch back to back movies, that’s how much I loved the big screen. Hollywood or Bollywood we had a date with a couple of movies every weekend.

My hubby also had the same taste in movies. I remember many of our early dates took place over popcorn. He loves movies too….or he humoured me. It’s too late to ask him now – 19 years into our marriage our conversation is consumed by kids, routine and occasionally our hopes and dreams. Movie taste from the 80’s does not feature in our conversation. Perhaps I can text him – we seem to chat more that way. 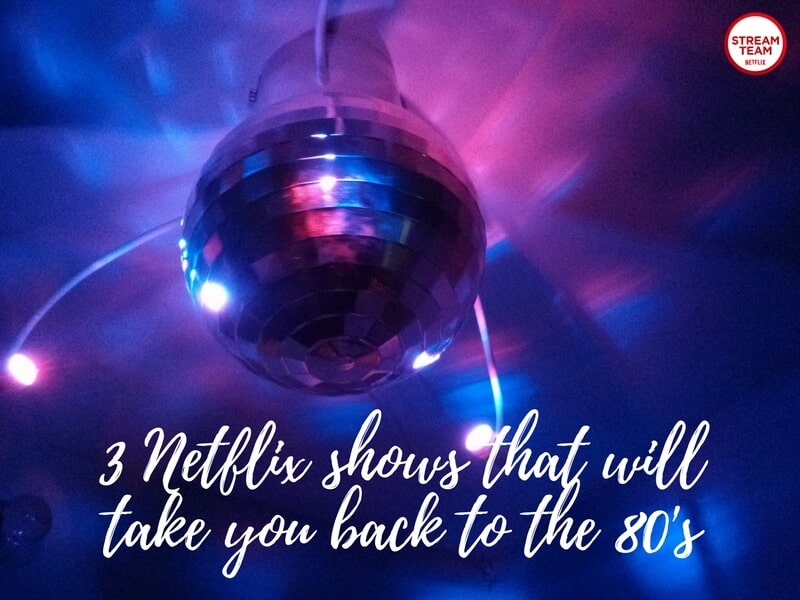 Movies were my first love along with books but that is a story for another day. So when kids came on the scene, I was disappointed they didn’t immediately take to the silver screen as I had always done. And so the theatre movie experience took a back seat.

Fast forward some 10 odd years and we discovered TV watching. On the couch, fighting over control, and arguing over whether we needed closed caption on or not. I gotta confess I need the words. It may be my ageing ears or just the fact that I like to read and watch a movie at the same time – my two loves right there.And I’m not even talking about the kids!

Watching TV together as a family has become a new passion but making it work in reality is tough with a 12 yo and a 7 year old who are rarely interested in the same topic at the same time. So these TV shows really hit the sweet spot.

3 Family-Friendly Netflix Shows That Take You Back In Time

No-whine, binge-worthy Netflix shows for all ages. 3 Shows that I can get my entire family to see together without a complaint, you don’t know how big of a feat that is, so here goes.

Full House
Three men, three kids, one occasional girlfriend, I watched this family-friendly sitcom years ago during my childhood in India. The first season was particularly funny and age-appropriate and more mature topics were discussed in later episodes. It remained fun and funny though and I looked forward to it every week. I am so glad to accompany my kids to the Uncles Danny, Jesse and Joey household some 3 decades later.

Which brings me to

Fuller House
Yup, they did it! A sequel came out thirty years later. Riding high on nostalgia from viewers like me who are now parents themselves, Fuller House is a recreation of the household decades later. The kids have grown up and the adults are older. Most of the old faces come back and to keep fans like me happy. The jokes and plot seems to be a little bit more grown up the second time around but then so many things are nowadays.

Fresh Prince of Belair
Will Smith, what can I say! This is a fun, feel-good sitcom about a streetwise teenager who moves in with his aunt and uncle in BelAir. This is long before Will Smith became a superstar. His move throws the serene life of his well-off relatives for a toss when he tries to blend in with his surroundings. The jokes are sometimes over the top and just a little sexist but Will Smith makes it work. But reality hits you when your kids ask who Will Smith is.

Oh. Emm. Gee! If you didn’t feel old before reading this – you will now.

Disclaimer: I am a member of the Netflix Canada Stream Team where I receive special perks. The opinion as always is honest and all mine.
0
SHARES
ShareTweetEmail